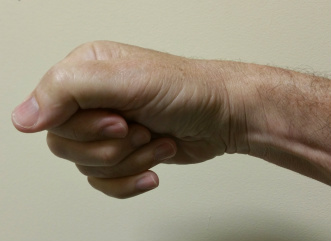 Is the trick to plucking "all in the wrist"?**

A recent study was done from  researchers from the University of Southern California in collaboration with colleagues based in Taiwan, China and Scotland.The study looked at hair regeneration in mice. "The results showed hair regeneration depended on the density at which hairs were removed. Researchers describe how the hairs seemed to have a "sense and response" process that works around a threshold".

The research discovered that plucking was able to regrow hair back.  But it had to reach a certain threshold. Otherwise certain receptors did not activate.

"The researchers found they needed to pluck more than 10 hairs per square mm to stimulate regrowth, otherwise a bald patch remained. If they plucked all of the hairs, the same number grew back."

Its a little to early to determine if this works on humans but I know that both my colleagues Drs Gary Hitzig and Dr Jerry Cooley have tried plucking with some results. And I think it was done in conjunction with Acell. When I spoke with Dr Gary Hitzig at a Rome hair transplant conference he said that plucking the hair was "all in the wrist' meaning that it is essential to pluck it without damaging the hair.

Who knows maybe it will be the next phase in hair transplantation.

**Just a quick disclaimer- Plucking should be done by a licensed hair transplant physician under anesthesia.

This is not a home remedy treatment.