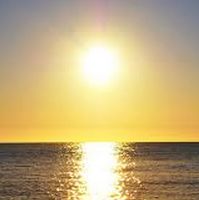 Understanding vitamins is as easy as learning the ABCs – or is it?

In all, there are 13 vitamins that are essential to human life. They come from a variety of sources and benefit the body in a variety of ways. If you’re not getting enough of a vitamin, you may become sick or experience some other ailment. If you take too much, you may be at risk for harmful effects. So, how do you keep everything straight? With this blog, we’ll help you sort out one of these crucial vitamins—vitamin D.

The most common way to get vitamin D is by being in sunlight. When the skin is exposed ultraviolet rays, the body triggers an internal process that creates vitamin D. Researchers recommend spending 5-30 minutes in the sun, without sunscreen, at least twice a week between the hours of 10 am and 3 pm in order for the body to create sufficient amounts of vitamin D.

As you can imagine, this sunlight requirement is hard to come by in colder climates or for those who don’t get outside often. It’s also nearly impossible to reach the recommended daily intake for vitamin D by food sources alone. In fact, according to health experts, at least 10 percent of the general population and up to 40 percent of African Americans are vitamin D deficient.

Vitamin D deficiency is a serious issue. We’ve known for years that vitamin D plays an important role in the development and maintenance of healthy bones, but recent scientific studies point toward vitamin D playing a more critical role in overall health and wellness. According to the National Institutes of Health, there is a growing body of research that suggests the vitamin might play some role in the prevention and treatment of type 1 and type 2 diabetes, high blood pressure, multiple sclerosis, and other medical conditions.

Dr. Oz goes so far to say  that vitamin D may be “the key supplement to preventing cancer.” He cites evidence that points to this super-vitamin as being effective against colon cancer, breast cancer, and uterine cancer.

A study from Pediatrics recently reported that supplementing children with vitamin D could decrease their chances of catching a cold. The study looked at 247 vitamin D-deficient children. Roughly half of the children were given milk fortified with vitamin D on a daily basis. Those children had 50% fewer colds than the children who went unsupplemented.

A new study from the Journal of Gerontology points to vitamin D as being able to prevent or delay the onset of Alzheimer’s Disease. This study looked at over 6,000 elderly women over a four-year period. The women with the lowest vitamin D intake had a reportedly increased odd of mental impairment.6 Other recent studies have produced similar results.

The National Institutes of Health estimates that more than 40 million Americans are at risk of developing osteoporosis or already have the bone-deteriorating disease.1 Calcium is the main player in osteoporosis, but vitamin D has an important role, too. Without vitamin D, the body’s small intestines are unable to absorb the calcium it needs for healthy bone mass. When taking vitamin D and calcium supplements, postmenopausal women and older men have seen small increases in bone mineral density throughout the skeleton.

Research on vitamin D continues, but it’s already quite apparent that an adequate intake of the vitamin is critical to good health. You can reference the National Institutes of Health daily recommended amounts to see if you’re getting enough vitamin D. If your diet needs some help, you may want to increase your consumption of fortified foods or look into vitamin D supplements. Dr. Oz recommends taking a daily supplement of 1000 IU. Be sure to check with you doctor and see what dosage is right for you.