Is Shark cartilage safe? It is used for a variety of ailments. Read a New York Times review on the subject.

Posted by Dr Larry Shapiro is the inventor of Help Hair Shake and Products for Fuller, Thicker Hair. on March 05, 2019

There are many types of marine proteins used for skin, hair and nails.

But Is Shark cartilage safe?

It is "hyped"  to treat many conditions including cancer preventive, and joint-health supplement. An in depth New York times article discusses the subject. 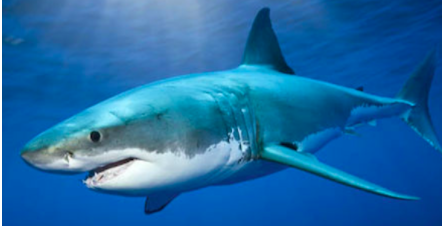 An article published in the New York Times titled

Shark Cartilage May Contain Toxin BY ANAHAD O'CONNOR explains that

"Shark cartilage, which has been hyped as a cancer preventive and joint-health supplement, may contain a neurotoxin that has been linked with Alzheimer’s and Lou Gehrig’s disease."

University of Miami scientists analyzed  seven species of sharks  in Florida waters.  Because sharks are at the highest level of the food chain they accumulate high levels of a compound called beta-methylamino-L-alanine, or BMAA.

The NYT article stated that " BMAA, which has been linked to the development of neurodegenerative diseases."

The NCBI study has shown..

Many claims have been made and discredited that shark cartilage fights cancer and many other ailments.

"Although the Miami scientists didn’t examine shark cartilage supplements directly, their findings add further cause for concern about the popularity of shark fin supplements."

"Whether the substance can affect people who eat shark or take supplements made from their cartilage is unclear, but consumers may want to be cautious, said Dr. Deborah Mash, an author of the new study and a professor of neurology and pharmacology at the University of Miami Miller School of Medicine.“We don’t want to scare people,” she said. “This is a first, and it needs to be replicated. We need to look at a wide array of shark products and fins.”

"Sharks are also known to accumulate high levels of chemical pollutants and heavy metals like mercury and cadmium. At least 26 million sharks are killed each year to support the high demand for fins used in supplements and in shark fin soup, a delicacy served in restaurants throughout Asia. Environmentalists say the practice is contributing to steep declines in shark populations worldwide."